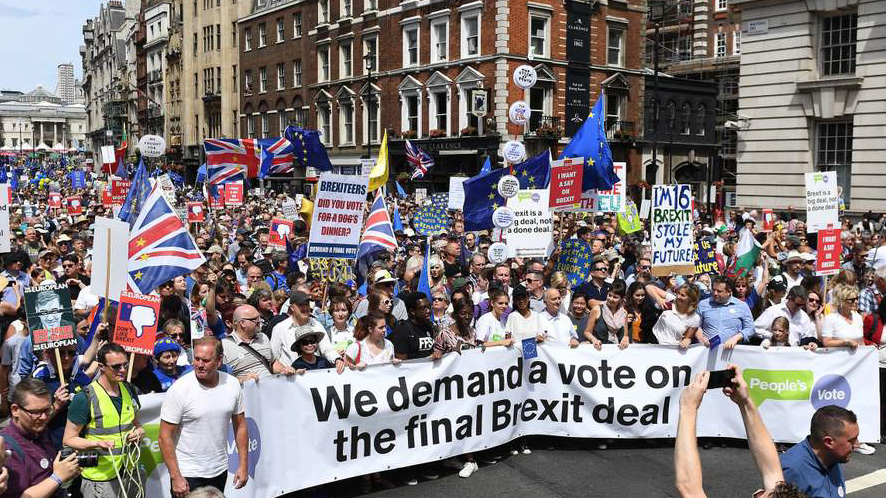 Members of Adur Green Party joined an estimated 700,000 other people in central London on Saturday October 20th, to march in support of the 'People's Vote campaign.

The campaign, supported in full by the Green Party nationally, is calling for a vote on the final Brexit deal.

We were inspired to see people from all over the country showing their support for a People's Vote - young and old, from all parts of the UK, from different political parties or from no party.

Central London came to a standstill, such were the numbers who attended and the march was still finishing at 5:00pm following a scheduled start at 12 noon!

Our co-leaders Sian Berry and Jonathan Bartley marched and chatted with members in the Green party contingent.

The march was the biggest in central London since the Iraq War protest and showed the substantial & growing frustration felt by the public about the current negotiations and huge support from the British people to be consulted on the final Brexit deal.